I was thinking about what to cook and I remembered…butter poached lobster! We are in the peak of lobster season. Take advantage of the time, because many of the fishmongers have good deals due to the abundance of lobster this time of year. Crowdcow is a great online supplier for top quality meats and seafood.

This is also a great recipe idea that you could use for date night!

Butter poached lobster creates a succulent texture and flavor that is second to none. This is by far the best technique to yield sweet tender lobster that practically melts in your mouth. In all of my years working with these crustaceans, the best results came from the butter poached method. Butter poaching and the use of butter for basting, glazing and holding proteins is an old technique borrowed from French cuisine. It involves combining butter and liquid at a specific temperature range to create a stable emulsification.

Why do I avoid steaming or boiling lobster?

In the early years of fine dining, lobster generally represented the epitome of luxury. Growing up, eating in fancy restaurants was a privilege. It only happened a few times a year, usually on someone’s birthday. As a child, I can remember seeing whole lobster on menus for $100. It was out of the realm of what we could afford. I would stare in awe watching other tables with plates of shiny bright red lobster on white plates glistening off the chandeliers. When I became a teenager I asked if I could try lobster for my birthday dinner. My excitement gradually turned to frustration as the meat was tough and chewy. As I choked pieces down, I remember thinking that I would never order this again.

I read an interesting excerpt from a Julia Childs cookbook.

‘Why are lobsters sometimes tough?’ I have been disappointed, particularly in restaurants and on buffet tables. So we posed this query to all our source, and the unanimous response was ‘overcooking’. However, I wonder if this is the only reason. So far we have no answer.

There were moments in my professional career that we had some success with steamed lobster. Though, it was never at the same tenderness level of butter poached lobster. There is an interesting article from Serious Eats about cooking lobster sous vide. However, not everyone owns an immersion circulator. (Though I do recommend a thermo immersion circulator if you love to cook.) Also, with sous vide I have always used a vacuum sealer. I probably would not promote the use of ziplock bags. Anyway, butter is not the cheapest product, but you need to treat your lobster right. The most labor intensive part is removing the lobster from its’ shell. After one bite of butter poached lobster, you will quickly forget any of the time spent making it.

Lobster requires par cooking in order to remove the meat from the shell. Add water and vinegar to a large stock and bring to a boil over medium high heat. Covering the pot will bring the water to a boil faster. We first euthanized the lobsters by plunging a sharp knife directly through the mid-section of the head. Use a towel to hold the lobster steady and hold the knife parallel to the body. Cut directly down through the shell and head section of each lobster.

Prepare an ice bath in a bowl that is large enough to accommodate the lobsters. Once the water is boiling submerge each lobster in the pot for 1 minute and 20 seconds. Remove from the boiling water and ice bath lobsters immediately for 15 minutes.

Next, drain the lobsters. Remove the head from the tail by twisting in a clockwise motion. Remove the arms using the same twisting method. There are different methods for removing the meat. Starting with the tail, I use kitchen shears to make a cut along the bottom of the shell lengthwise from head to tail. I crack the shell open with my hands and remove the tail meat.

*Cooking Tip: Lobster shells have a lot of sharp edges. Use a kitchen towel or rubber gloves when handling to avoid cuts.

For the claws, pull the bottom pincer down and twist gently to remove. Use kitchen shears starting in the middle of the top claw portion and cut all the way to the tip. Remove the meat. For the knuckles, make a cut all the way down. Crack the shell open and remove the meat. It helps to have a skewer hand for any meat that sticks to the shell. Set meat aside and prepare butter poaching sauce.

Most often butter is poached in a  beurre monté  consisting of emulsified butter with water. I opted to poach my lobster in beurre blanc which is a butter sauce that uses the same emulsification technique except that it contains a white wine reduction and other ingredients for flavor. The primary reason that I did this was because the kitchens that I worked in used a lot of beurre blanc. Rather than making an additional poaching liquid, I used what was readily available. Also a beurre blanc has great flavor which can be altered depending on the cooking application.

Take your butter out of the refrigerator and cut into 1 tablespoon portions. Keep the butter at room temperature till ready to use.

*Tasting Notes: One of my chefs used to do a lobster ramen. He butter poached the lobster using the same technique minus the tarragon and tarragon vinegar. He used sake and mirin in a 1:1 ratio replacing the white wine. It was so good, the only issue was making sure the staff didn’t eat all the lobster before it could be served.

Next, combine the shallots, white wine, tarragon vinegar, fresh tarragon and peppercorns in a small sauce pot. Bring the mixture to a boil and reduce till you have 1/4 cup left. This is your base white wine reduction. If it was a non-seafood application, I would use fresh thyme in place of tarragon. Strain out the solids and return the liquid to the pot.

Keep the heat at a medium high and stir in the heavy cream. Once it reaches a low boil, reduce heat to a medium and reduce the liquid by half. Reduce heat to a medium low. You will need a small wire whisk. Slowly add the butter 1-2 pieces at a time whisking constantly. You should see a uniform creamy thickness developing as you continue to add butter. Once this is complete, you will need to hold the butter at a temperature of 145F.

**Cooking Tip: If your butter sauce breaks which means that the oil and liquid start to separate; you can still salvage this. However, you need to start the process with a new wine reduction.

Add lobster meat to the butter poaching sauce. It is important that you use a thermometer to monitor the temperature. The poaching temperature needs to be stable between 130F – 140F. The total cooking time for the lobster is 7 minutes. Stir the lobster and butter occasionally. If it gets too hot, you can lower the heat or remove the pot from the stovetop. Vise versa, increase the heat if the temperature drops below 130F.

Strain lobster out and set aside. It is ready to eat or you can chill and refrigerate if you have other plans for it. To re-heat, I use a small non-stick sauté pan and very gently warm through over low heat.

There are a lot of different ways you can enjoy your butter poached lobster. See how we used it to make our New England inspired Lobster Roll. Get the most mileage out of your lobsters by making Lobster Stock. Why stock? Lobster stock makes great sauce and even better creamy rich Lobster Bisque.

*CrossEat Tip: The butter poaching liquid can be re-used. Strain, refrigerate then use within 3 days or discard. If you are going to poach more lobster, you will need to start the process with a new wine reduction. It can also be used to cook with. The lobster will have permeated the beurre blanc, so use it with complimenting flavors and ingredients.

1. If your butter sauce breaks which means that the oil and liquid start to separate; you can still salvage this. However, you need to start the process with a new wine reduction.

2. The butter poaching liquid can be re-used. Strain, refrigerate then use within 3 days or discard. If you are going to poach more lobster, you will need to start the process with a new wine reduction. It can also be used to cook with. The lobster will have permeated the beurre blanc, so use it with complimenting flavors.

Did you make this recipe?

Other Posts You May Enjoy

The Importance of Lobster Dashi Stock

Taste the Most Tender Rack of Lamb

How to make perfect Shrimp Cocktail

The Vacuum Insulated Mug that works

Personal blender for smoothies on the go 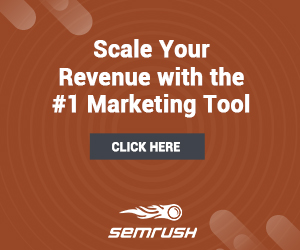 CROSSEAT IS OUR PHILOSOPHY ON MINIMIZING WASTE IN THE KITCHEN